A whole slew of good indicators in two CoreLogic reports this past month as well as another key economic indicator. Whether the numbers were up or down the reports represent a return to a previous state of prosperity without all the speculation (hopefully).

The Numbers are In

The March 2014 CoreLogic Foreclosure Report indicates that 48,000 foreclosures were completed in March, this number is down 10% from a year before and has been slowly falling for several years. From 2000-2006 the average number of completed foreclosures was 21,000 per month.

Additionally, CoreLogic’s March 2014 Housing Price Index Report shows that home prices continue to climb with a 11.1% year-over-year increase from last March. This number has been dropping slowly over the past two years and the report predicts it will continue to drop. So let’s see what these ups and downs actually mean for the housing market.

Foreclosures and The Economy

Foreclosures are a reality of the housing market, they occur during times of prosperity and they occur more frequently during times of economic depression. Foreclosures happen for a variety of reasons. Divorce, loss of work, disability, or a medical burden can all lead to a family or individual no longer being able to pay their mortgage. However, the increase in foreclosures that we saw due to the housing market crash of 2008 was by no means typical.

In the early 2000’s home values were increasing at a frenzied pace and everyone wanted a piece of the action. Many lenders and loan officers were approving borrowers for loans they couldn’t actually afford, often with Adjustable Rate Mortgages. When these borrowers began to default on their mortgages en masse in 2006, the financial institutions that owned the mortgages began to lose money at a cataclysmic rate. Thus began the snowball effect that knocked the economy in to state of recession and depression that we’ve been living in for the past six years. Consumers were losing their jobs left and right and the number of foreclosures began to skyrocket while the housing market lost value at an alarming rate.

A quick glance at the Case-Schiller Housing Price Index historical data shows how drastic the increase and ensuing descent in home values was compared to the previous 80 years. In a word, it was unprecedented.

Returning to the norm

We’ve been living in a period of Economic Extremes for so long now that it’s hard to tell what a healthy or “normal” housing market looks like any more. Indeed, over the past decade the housing market has been anything but “normal.” However,  these reports as well as another key economic indicator (I’ll get to that shortly) are hopeful signs that we are returning to a period of healthy growth in the housing market. Like the market that existed before this recent period of unbridled price increases and outlandish speculation.

You can see how far we’ve come in returning to a healthy housing market, a housing market that isn’t played like the stock market and that represents home prices that buyers can actually afford.

The fact that the growth in home prices is beginning to slow shows that progress. The past 24 months have seen consecutive increases in the HPI at a national rate of around 13% per year. By no means a sustainable rate. But the rapid increase in prices over the past two years had more to do with how far the market had fallen in value due to the Crash. Now that prices have rebounded significantly from the losses, the market is likely to slow the increase in home prices to a more sustainable rate.

CoreLogic’s prediction of a 6.7% HPI increase in the coming year is a good indicator of this. A market where the value of homes has more to do with median incomes than with speculation that previously strong increases in home prices will allow homebuyers to “get rich quick.”

Finally, the U.S. Bureau of Labor Statistics reports the Unemployment Rate fell to 6.3% in April 2014, the lowest it has been since September 2008. Just before the Crash this number was down to 4.7%, a historic low. So taken together, more Americans are employed, making their mortgage payments, and watching the equity in their homes increase their net worth. That sounds like good news to me.

The value of homes in our economy, society, and our daily lives transcends mere monetary value. The act of taking care of a part of the world for an indefinite period of time has the power to enrich our lives, our communities, and our nation. The value of putting time and effort in to a worthwhile and empowering task as opposed to the expectation that simply holding on to a home for a year will net a significant profit when sold in a booming market. A “normal” housing market is one that favors long-term care over short-sighted profit motivations. We’ll be keeping an eye on the numbers in the hopes that this is what we are truly seeing happen. 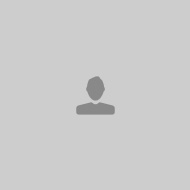 Ok
That Email Belongs to Another User!